As young girl, just 20, I was very convinced that breastfed babies had a better chance in life. So when my first daughter was born in 1980, I went flat for it. As I am a very persistent type of person – determined to succeed – I had to take huge obstacles.

My nipples were withdrawn and hard to get for my little daughter! As a consequence, there arose fissures. It was very painful every single time as I started feeding. Tears streamed down my cheeks every day.

One day, I got a visitor and she said, you need nipple protectors! Silicone caps. From that day forward, it went a little better.

After 3 months, I stopped and went over to bottled milk. I had suffered enough. 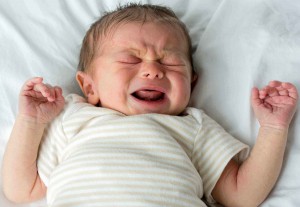 Second Time’s Not Really a Charm

With my second daughter, I gave breastfeeding a go for the first 3 weeks. Due to my very busy and outgoing life, I quit!

Well, I knew that she was a crybaby – she had colic from the milk. The good thing was, feeding went well. I regretted that I stopped but there was no way back.

This Time It Went Beyond Six Months

Then my son was born, and it was wonderful. I breastfed him for 8 months and he went right over to solid food.

Forced to Stop The Very Next Day

Several years later, my third daughter was born. Thinking of my last experience, I was filled with courage about the thought of breastfeeding. I never thought it would end the next day.

Overnight, I developed a severe breast infection and fever. I was shocked to find my daughter lying in a pool of blood – what she drank from me. She had vomited and the circle around her was larger than her little head. I called the doctor and immediately started an antibiotic therapy. I was lucky and very grateful for bottled milk!

Again, I had another daughter. This time, I was prepared. I used rough towels for over 5 months, and I had silicone caps. It went terrific!

Honestly, I hate to stand up in the middle of the night to get a bottle. And I loved that breast milk is always ready to go.

Courage and Success with My Last

The sixth, a son. Full of courage again on breastfeeding, it went all too well. Had too much practice with 5 kids! I could have fed 3 babies at the same time. I had to release a bottle in advance, so as not to overfeed him.

After 7 months, he got his first Danoontje or cottage cheese. Within an hour, he looked like a red spotted alien. He was allergic to cow’s milk!

It was such a huge blessing that he was breastfed. From that day on, I prepared his potatoes with breast milk. I made nice desserts with breast milk, and baked pancakes with, you guessed it – breast milk! During daytime, I pumped and froze the breast milk for later use.

My youngest son was the luckiest of the bunch and was breastfed for 2.5 years! During his last year of breastfeeding, I fed him in the morning, before his nap, and in the evening.

I still remember when I decided to quit – it was just before Christmas. We had a party and the room was filled with approximately 75 people.

On that day, I decided that I will quit! I had a fairly big amount of frozen milk to use for his daily consumption. I had kept it in ice cube bags. I was confident that it was enough to survive the first year.

Despite everything I went through, I have always been an apostle of breastfeeding. However, there may be times when medical conditions or circumstances can make the decision for you, then you may unfortunately have to quit prematurely. 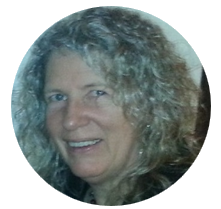 Loes lives in The Netherlands and has six children (four girls and two boys). She also has two grandchildren. She runs a day care centre and actively coaches refugees in the Dutch language. She also designs websites and manages This Is Kids Art, Work At Home Future, and Kleurboekjes.

Moms, if you decided to go for breastfeeding, you will surely have your own colourful tale of your breastfeeding journey. It will definitely be an experience you will never forget. It can be painful especially at the start, however, if you have medical conditions that affect breastfeeding, it makes it all the more challenging.

Thank you for sharing your breastfeeding journey with us, Loes! Your story is truly inspiring and your determination has indeed come a long way. – RT

Why We Love Breast Compression While Breastfeeding (And You Should, Too!)

How to Attach Baby to Your Breasts And Avoid Pain